A Hermeneutical Approach to Role-Playing Analysis

This article, coming to us all the way from Finland, seeks to examine the relationships formed in role-playing games or in role-playing contexts and try to understand the importance of the role-playing activity in the same way that the participants of the game might understand the activity. The writer acknowledges that the study of role-playing games and role-playing analysis in general is in a precarious place in the field of academia: it is accepted but it is not exactly nailed down with regard to a precise definition and is still too loosely studied to really churn out a complete study. The idea of role-playing is still, in his words, lacking shared research guidelines and subject to subjective biases. I guess this explains why in the vastness of the internet and in ebscohost I found a whopping 8 articles regarding role-playing that didn’t have to do with LARPing around a public park on Sunday afternoons. But I settled for one of those articles anyway. 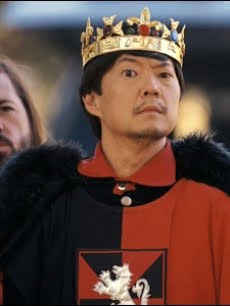 To kick off his study, the author states, somewhat ominously, “In the interests of analytic objectivity, any definition of role-playing should also be seen as a conclusion of the respective author or as an analytic base assumption, not only as a discourse tool without bias.” Essentially, he’s stating that the study of role-playing is still quite dubious and potentially bias-laden.

The real meat of the study comes in section 4, entitled, reduction by layers, where role-playing games, or just games in general are described as A form of activity is treated as if it were a metaphor-filled story, which the performers and observers of that activity then interpret from their own perspective.” The author asserts that all games exist (role-playing games) on a many intellectual and experiential layers at the same time.

There are 4 primary layers to be constructed:

2) The ‘real’, physical motivators that exist in the real world

3) The level of subjective diegeses

4) The fantasy world in which the characters live

The author acknowledges that there are different interpretations of these levels and layers, but essentially these are the main four. There are times during a game or activity in which the theoretical game is frozen or suspended and one or two layers are temporarily paused. However, the entirety of the experience derives from two simple (or not so simple) thins; discourse, which creates material for the later and the later guides the action of the activity.

Without getting too meta here, the role-playing activity is essentially a convergent focal point between the real and theoretical and imagined world which has shared interpretations amongst its players.

Essentially, what the author explains, or seeks to explain is that the shared experience of role-playing is a quasi-synthetic reflection of the games people play in real life-college, vocation, relationships, determining values of physical objects. Really, role-players serve as guinea pigs which can provide meaningful data (scientific, psychological or otherwise) that can be studied to not only further the study of role-playing itself but to further understand the way people choose to construct the world.